How to use a Tournament Code

The Tournament Code is an automatically generated code that creates a lobby in League of Legends, with the exact same settings and players as on Challengermode. It automates the process of setting up custom games, and it also makes reporting the match results automatic!

How to get the Tournament code?

When all players are ready, the tournament code will appear for all players. It will look as on the example image below. 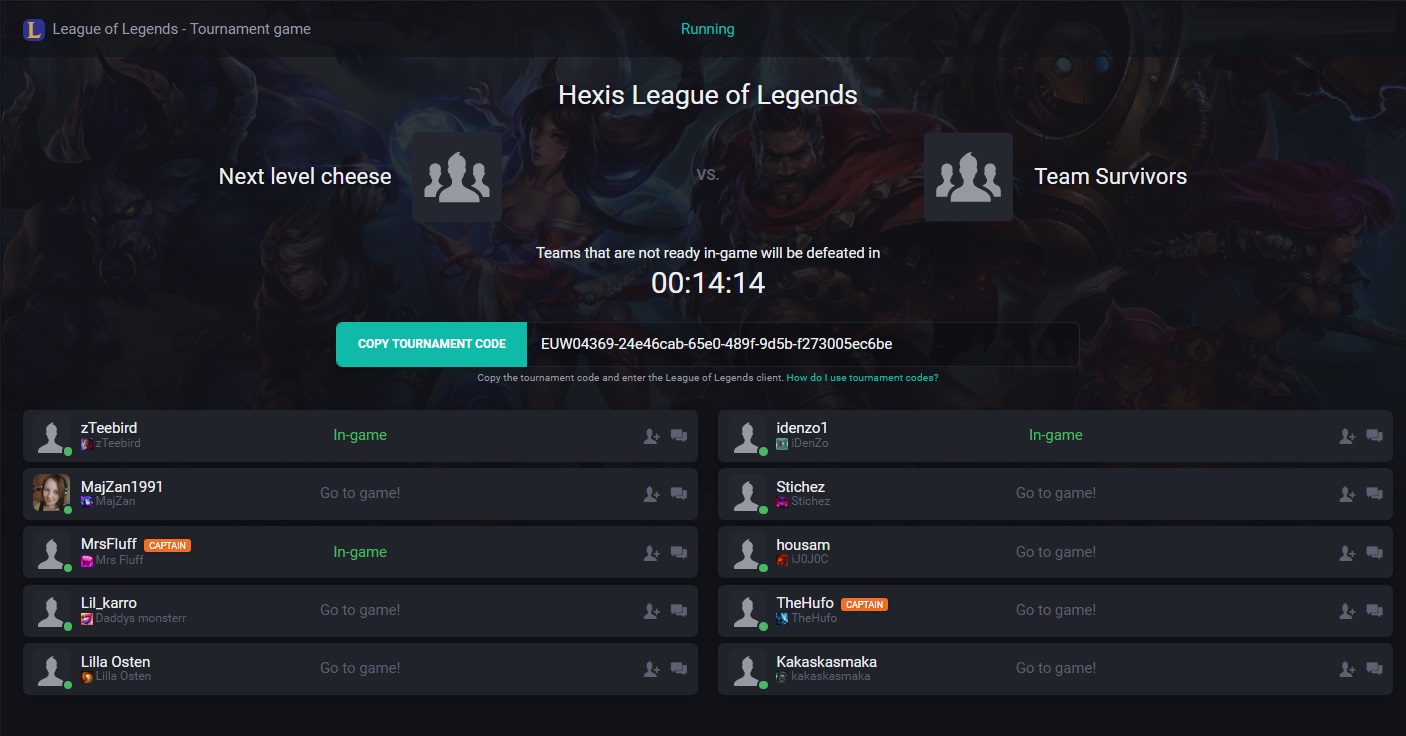 You can copy the Tournament Code, enter the League of Legends client and paste the code, as demonstrated below: 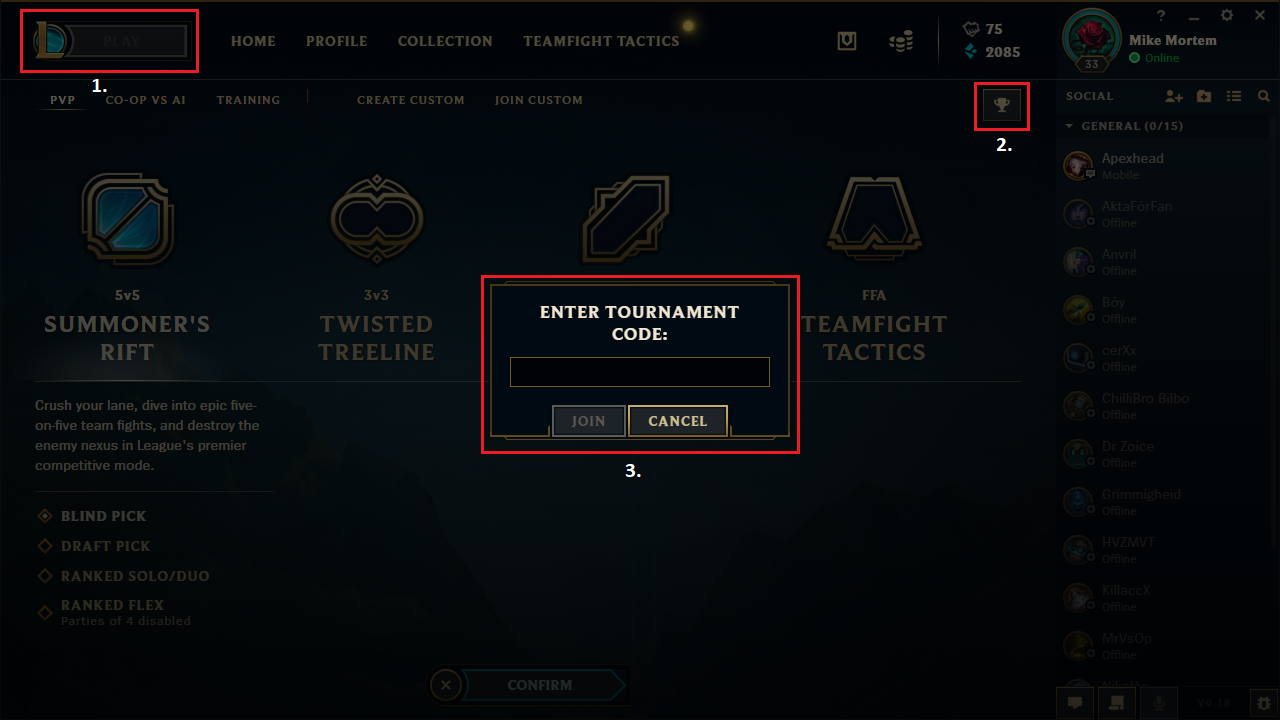 The Custom Game will now be created automatically for you and your opponents. Make sure that you choose the same side as on Challengermode. Left on Challengermode is Left in the in-game lobby and vice versa (Blue vs Red).

DO NOT start the League of Legends game until everyone has entered the game lobby. Starting without a full enemy team (4v5 or 0v1, etc) may result in disqualification.