All Collections
Participate in a Tournament
Substitutes and lineup changes 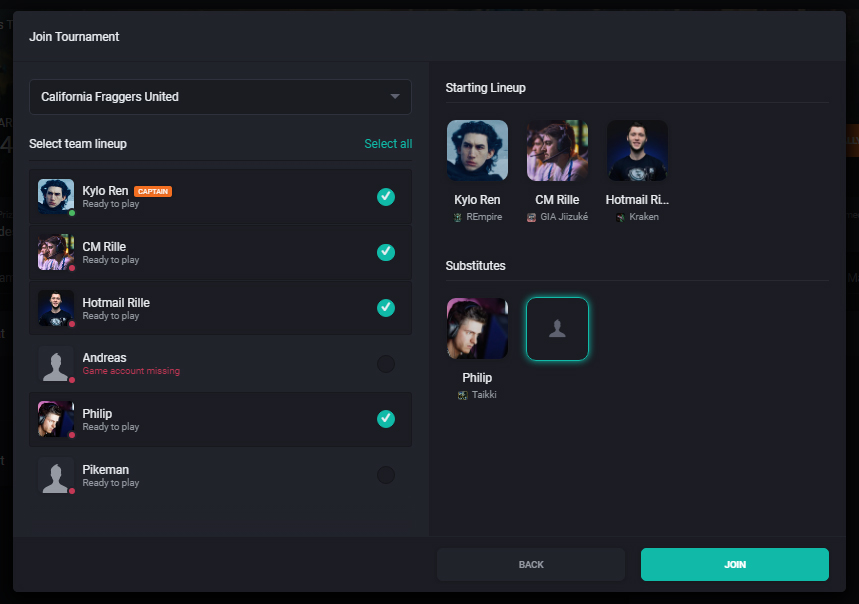 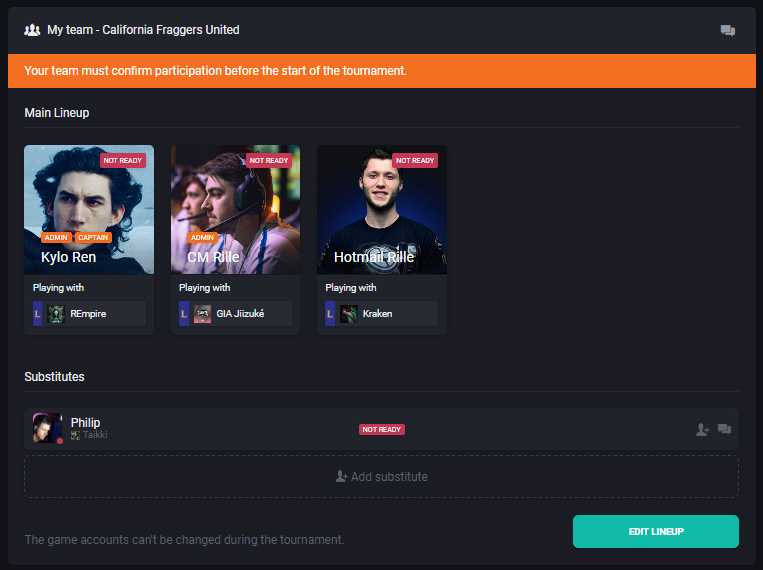 To sub out players from the main lineup with substitutes, click on Edit Lineup (like above). This will bring up the "Edit tournament team lineup" view: 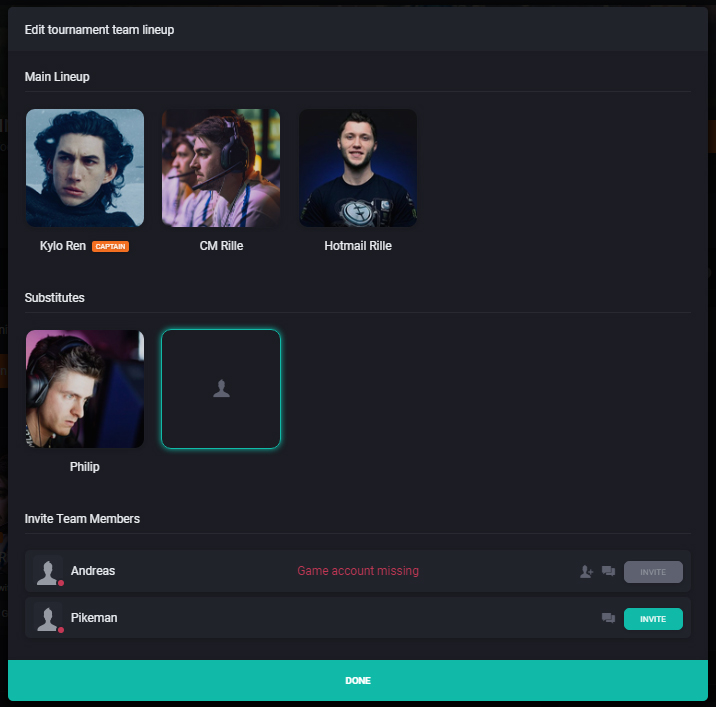 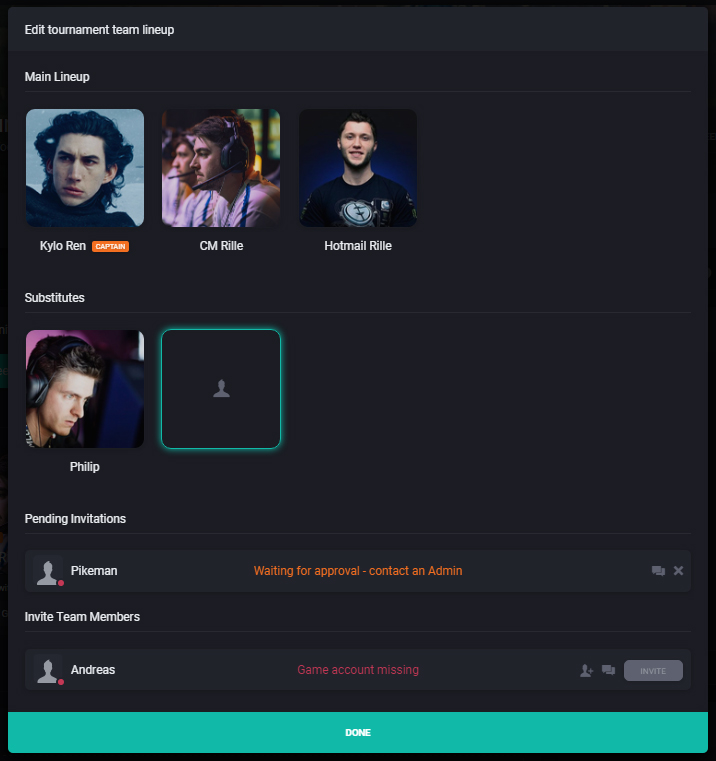