All Collections
Participate in a Tournament
Substitutes and lineup changes

This will bring up the "Edit tournament team lineup" view: 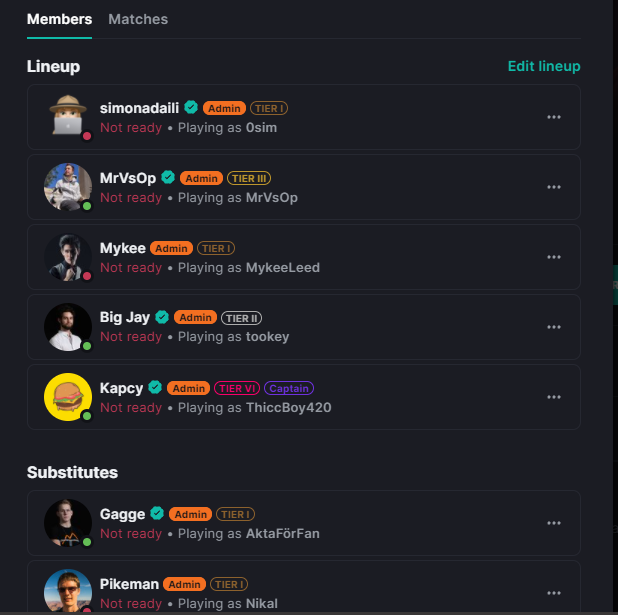