Written by Steffen Appelhans
Updated over a week ago 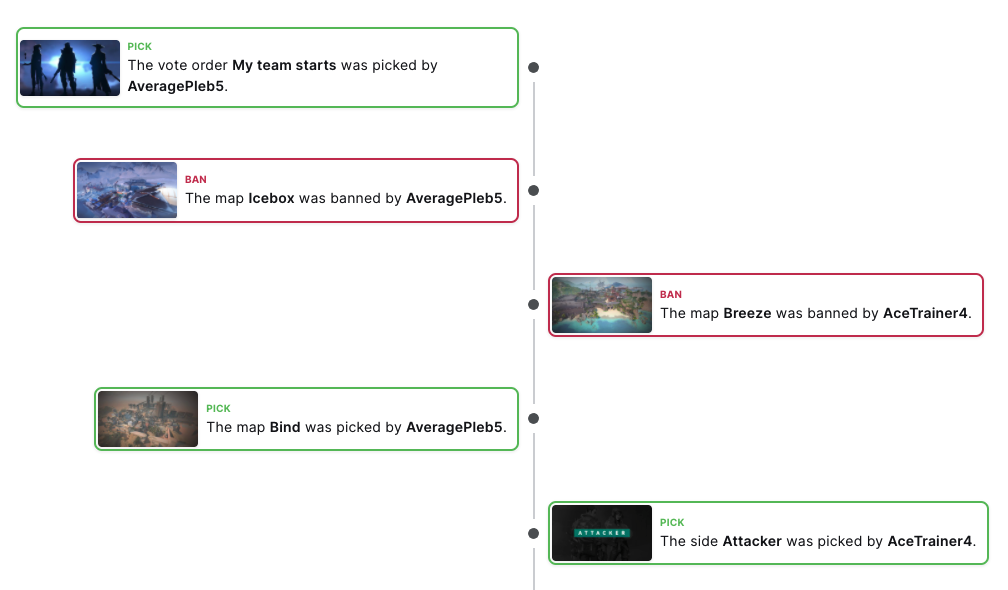 To activate the veto function - toggle "Use Veto". This option can be found in the "Game Settings" section of the tournament settings.

Select the map pool from all available maps. These maps selected here will be the maps players vote on during the veto. An odd number of maps needs to be selected.

Let teams pick the starting sides for each map as part of the veto process. The team that didn't pick the map gets to pick starting side directly after each map is decided.

Toss a coin at the beginning of the game. The winner of the coin toss decides which team votes first in the veto process, i.e. becomes team A in the illustration below. If coin toss is not enabled, the team with the higher seed will be team A.

Below follows an illustration of the veto process with 7 maps when side veto is used as recommended in Riot's ruleset.

Without side selection, the map veto order will remain the same.